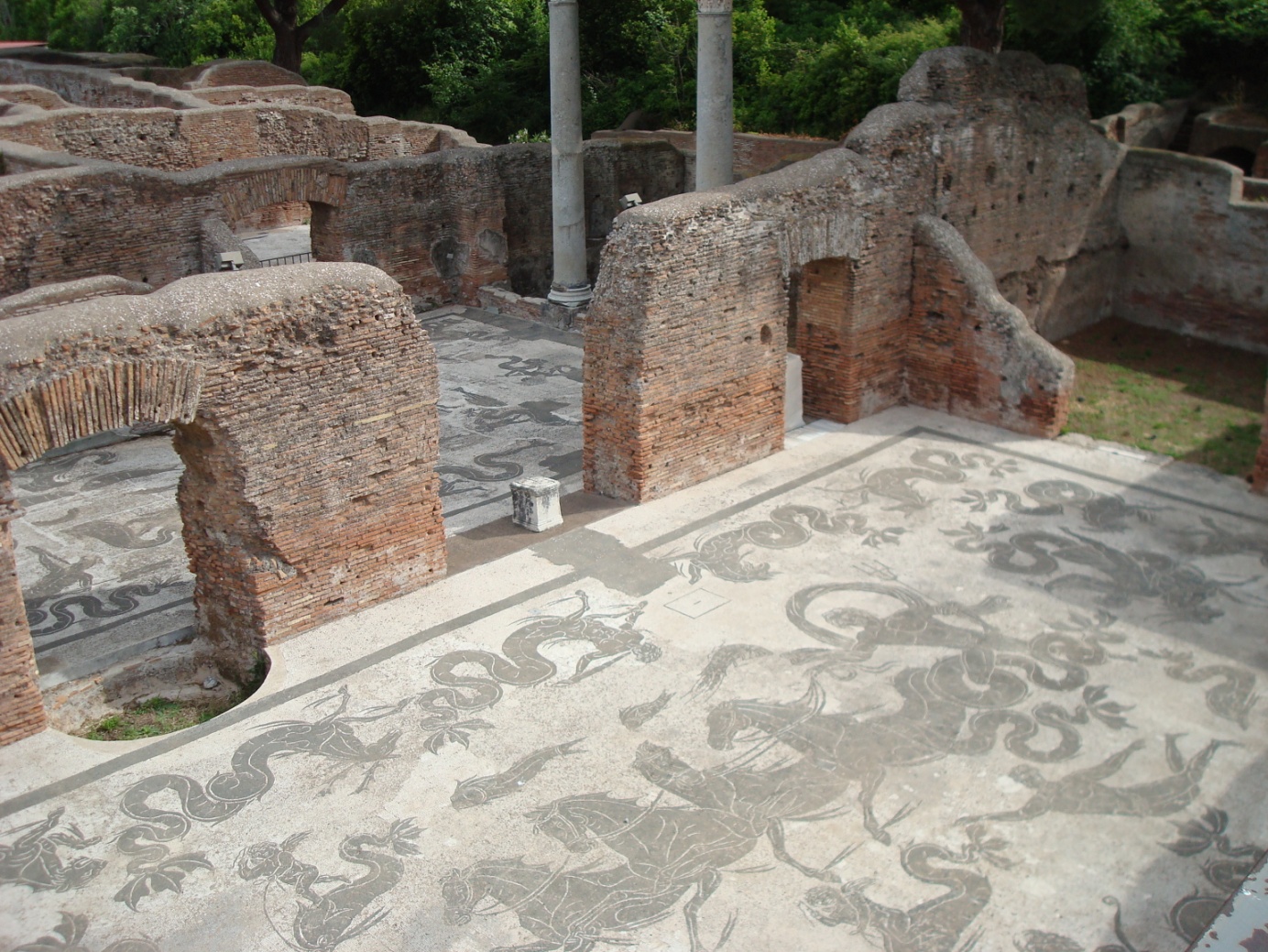 Sc. Ostia Antica Project was started in 2012 and its main aim is to prepare and publish a professional archaeological guidebook through this world-famous ancient site. In the Czech Republic no such publication (in Czech language) has yet been published and the Czech visitors of the Ostia archaeological park had to rely only on the guidebooks in foreign languages. The preparation works of this new Czech guidebook consist of the thorough many years’ site survey and systematic study of the academic literature and original ancient sources referring to the Ostia Antica and the Roman Antiquity in general.

The publication in preparation will have two independent parts: the first book will introduce the reader the individual aspects of the daily life in Antiquity, especially in connection to the importance of Ostia during the Roman era (its economy, the role of Ostia in supplying of Rome, religious cults, cultural life in Ostia etc.). The second book will present the actual guidebook through the site, complemented with coloured figures and plates, reconstructions of ancient structures and clear maps and plans. This guidebook will provide the reader the possibility to choose from several itineraries based on different time demands. The publication will also comprise an index of Roman emperors, gods and subjects.

Czech readers can look forward to the issue of the guidebook in late 2016 – early 2017. The guidebook on the Ancient Ostia, written by Pavel Hlinovský, will be soon ready for print!!

The guidebook on the ancient Ostia, written by Pavel Hlinovský, will be soon ready for print! Here you can find a page sample and the table of contents. Ostia – a gateway to ancient Rome Chapter I: History of Ostia Chapter II: Religion in Ostia […]

The civic association and non-profit oranization, Czech Centre for Mediterranean Archaeology was founded in January 2009 and registered at the Ministry of the Interior of the Czech Republic. After the new Code of Civil Law had been passed, it adopted the status of the “registered […]