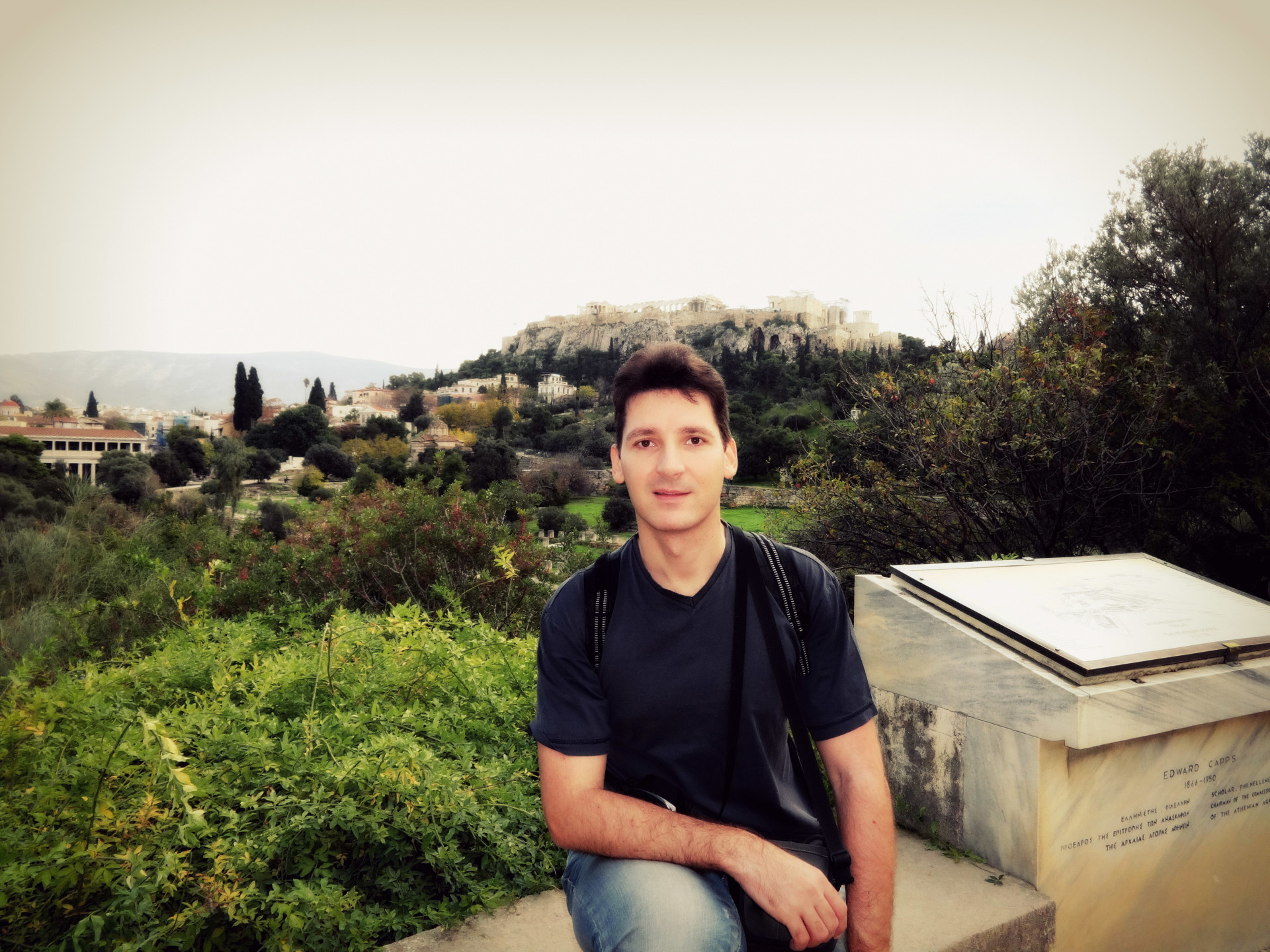 Tomáš Alušík is a founding member of the Czech Centre for Mediterranean Archaeology. At present he is a Lecturer at the Institute for History of Medicine and Foreign Languages, 1st Faulty of Medicine, Charles University of Prague, and is also working at several projects in the Czech Republic and abroad.

He graduated from the classical archaeology (MA – 2001) and got his PhD. in the same field of study (2005) at the Faculty of Arts, Charles University of Prague. During his PhD-study he was awarded with a one-semester scholarship of the AKTION Czech Republic-Austria Fund at the Institute for Classical Archaeology, University of Vienna (2004), and also with a four-week scholarship of Cypriot A. G. Leventis Foundation at the Cyprus American Archaeological Research Institute, Nicosia (2005). Since 2010 he is doing his second PhD. in the “History of Medicine” (specialization Osteoarchaeology/Paleopathology) at the First Faculty of Medicine, Charles University of Prague. His dissertation topic is “Medicine and sickness-rate in pre-Hippocratic Greece”.

Since his MA-studies he has been specializing in the prehistory of the Aegean and Cyprus, especially in the prehistoric archaeology of Crete and the Aegean islands (MA-dissertation topic “Iconographical sources for the prehistoric Aegean architecture compared to the preserved architecture in situ”). His doctoral dissertation topic was “Fortifications in Minoan Crete and their Aegean parallels”; revised version was published in May 2007 as “Defensive architecture of prehistoric Crete” in Archaeopress Ltd. publishing house. In the last years he has also been dealing with the 3D reconstructions of archaeological sites, management of archaeological cultural heritage and especially with the history and archaeology of ancient medicine, osteoarchaeology and paleopathology.

He published 1 monograph and more than 20 academic papers in international (mostly foreign) journals and conference proceedings, several other papers were accepted for publication and are currently in press. With regard to his interdisciplinary academic interests his papers appear in the publications focused not only on the archaeology, but also architecture, photogrammetry and medicine.

Tomáš Alušík is at present a principal investigator of the following CCMA projects: “Defensive architecture of prehistoric Crete in a wider context”; “3D reconstruction of selected Aegean prehistoric sites” and “Medicine and sickness-rate in pre-Hippocratic Greece”. He is also collaborating on the “Architectural and archaeological survey of the annexes of Hagia Sophia church, Istanbul” project.

He is also a co-director (together with Dr. Andonis Vasilakis, Honorary Ephor of Antiquities of Greece) of “The Porti-Miamou Project” in Crete, the field seasons of which were held in August-September 2015 and 2016.

Tomáš Alušík dealt (or collaborated) in the last years with (on) these projects as well:

• ‘Gesellschaft zur Förderung deutscher Wissenschaft, Kunst und Literatur in Böhmen‘ (‘Association for the support of the German science, art and literature in Bohemia’) and its archaeological expedition to central Anatolia in 1902

The guidebook on the Ancient Ostia, written by Pavel Hlinovský, will be soon ready for print!!

The guidebook on the ancient Ostia, written by Pavel Hlinovský, will be soon ready for print! Here you can find a page sample and the table of contents. Ostia – a gateway to ancient Rome Chapter I: History of Ostia Chapter II: Religion in Ostia […]

The civic association and non-profit oranization, Czech Centre for Mediterranean Archaeology was founded in January 2009 and registered at the Ministry of the Interior of the Czech Republic. After the new Code of Civil Law had been passed, it adopted the status of the “registered […]